The workers all around the world are welcoming May 1st when the capitalist system is faced with an ever more crippling crisis and where the blood-sucking capitalists through their state apparatus are imposing backbreaking «austerity measures» on workers and the masses in general in order to maintain their astronomical profits while as always prorating the burden of the inherent crisis of the capitalist system increasingly on the working masses. These «measures» have jeopardized both the working and living conditions of workers and made it difficult for them to provide even the bare necessities. Massive layoffs, unemployment, poverty, hunger and homelessness are among the hitherto souvenirs brought by such programs for the deprived masses so that the easy profits of a handful of parasitic capitalists are sustained.

It is clear that the above reality is by no means limited to one particular country but rather a worldwide matter which presents itself to various degrees throughout the capitalist world. Where in Cyprus the capitalist rulers consider to snatch a portion of the people’s savings all at once, (However this resulted in a massive opposition among masses and made the government to partly retreat from its initial plans).  in Greece more workers lose their jobs every day, in England the government has shamelessly waged an attack on social assistance and even on the disabled, in Spain, in Ireland, in Portugal and in all other capitalist countries we witness various forms of this massive raid on the rights and livelihood of workers and oppressed masses.

In Iran, which is under the domination of imperialism and where dependent capitalism rules the country, not only the system in its entirety is in crisis but due to its relation of dependency, the imperialists have been trying to increasingly prorate the burden of the crisis from the metropole countries onto the periphery, i.e., the masses of Iran, especially the working class. Therefore, every day we witness halts in production lines and closures of factories accompanied by massive lay offs, wage freeze regardless of backbreaking inflation, unpaid wages and imposing temporary or even «blank cheque» contracts on workers (blank cheque contracts are contracts whereby workers give consent to their immediate dismissal by the employer whenever they please). This clearly illustrates not only the magnitude of the existing crisis but also demonstrates the savage attempts of the ruling bourgeoisie to suck the life out of the workers who have no other means of survival but to sell their labour. For instance, the monthly minimum wage legislated for this year is 487125 Iranian tomans (approximately $165 a month) which is many times below the line of poverty even by official standards. In fact, as government officials have admitted, this amount is barely enough for a one bedroom rental and generally speaking it is actually one million Iranian tomans (about $333) less than what a working class family needs to still live below the line of poverty; a case in point as to how the capitalists with the bills and blessing of their ruling regime, i.e., the Islamic Republic, leech off the livelihood of working families in the interest of capital.

Obviously, this reality could not go on without resistance, without protests, thus every day we see the struggles of workers throughout the country: the strike of Safa Rolling & Pipe Mills workers for their unpaid wages, the protest of traditional reed cutting workers in Shushtar and Haft Tepeh (both in southern Iran) in front of the office of the President, the protest of the rail workers of Yazd (in central Iran) against their being subcontracted to contract companies, the protest of the workers of Ahvaz sugar refinery plant (in southern Iran) in front of the provincial government office due to their 26 consecutive months of unpaid wages, the grievance of the workers of Bandar Imam Petrochemical Plant concerning the minimum wage for the year 2013, and the list goes on.   In short, there is not a day that workers do not rise in protest to unpaid wages or against being sacked from factories; and don’t shut down production to show their opposition against temporary contract, etc.

These protests, these struggles are all taking place while the ruling dictatorship sees in each strike (which is indeed a teaching ground for workers) the monster of revolution, and that is why it immediately dispatches its repressive forces to disperse the workers. The fact of the matter is that the Islamic Republic throughout its suppressive existence as the benefactor regime of the ruling dependent capitalists has resorted to any means; from imprisonment and torture and execution to assassination and dismissal, etc. to crush the struggles of workers and especially to prevent them from organizing themselves into independent organizations. Precisely for this reason, the notable characteristic of these struggles is the lack of broad unity as well as the lack of organization which, under the heels of brutal repression, have caused them to be less successful and effective. The Islamic Republic with its iron fist has clearly proven that as long as this regime is in power there is no possibility for workers to freely organize themselves and establish their own countrywide and mass organizations. Therefore, the necessity for overthrowing this regime and the dependent capitalist system which by its very nature regenerates dictatorial regimes, becomes a pivotal task for the Iranian working class. However, past experience has shown that an end to the Islamic Republic and all its factions would result in achieving workers› rightful demands only when it is carried out by the working class and its allies under their own banner, and not through any other exploitative cliques and their international patrons, in other words through imperialist alternatives; alternatives that these days speak of workers› rights and set up «The Headquarter for Co-ordinating Labour Activists» only to deceive workers.

The extensive experience of workers› struggles all around the world have proven that only the workers can emancipate themselves and that this is not possible without workers› independent ranks and files and without their revolutionary organization. Therefore, the working class is faced not only with the need to fight for better working and living conditions but also with the grand task of overthrowing the ruling regime and to advance the revolution; a task which cannot be accomplished without building a workers› revolutionary organization and without the use of revolutionary force against the ruling dictatorship.

To celebrate May 1st, let us strive with full force towards the furtherance of this grand task.

Down with the Imperialist-dependent Regime of Islamic Republic! 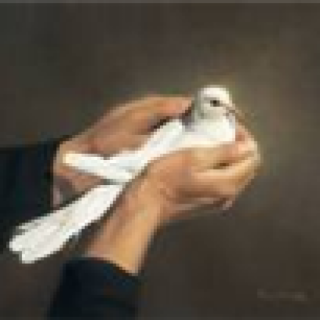